08th September 2020
Good news on the reform of PanEuroMed preferential rules of origin.Last August 24, European Commission issued a press release announcing that it “has adopted today a package of proposals that aims to increase trade between the European Union and neighbouring countries in the Pan-Euro-Mediterranean Region (PEM)”.

This is a concrete progress of the reform of PEM preferential rules of origin. The package is not effective yet, but Paolo Gentiloni, Commissioner for Economy, endorses it and European Commission is submitting the decision to the Council of Ministers, who is supposed to adopt it soon. According to the European Commission, “this will enable the EU to agree with each trading partner on the introduction of the new rules in the origin protocols of the relevant agreement. The new rules could come into force in some countries as early as the first half of 2021.”

“Simpler product specific rules” are foreseen, the way we have been asking for a long time: weaving and twisting or weaving and dyeing will finally confer preferential origin to the
fabric.

The package may “modernize the EU's preferential trade agreements with 20 PEM trading partners, the following ones: Iceland, Liechtenstein, Norway, Switzerland, Faroe Islands, Turkey, Egypt, Israel, Jordan, Lebanon, Palestine, Georgia, the Republic of Moldova, Ukraine, Albania, Bosnia and Herzegovina, North Macedonia, Montenegro, Serbia and Kosovo”.
Only Morocco and Tunisia are not included, they have not accepted the modernization, they will remain under current rules of origin. 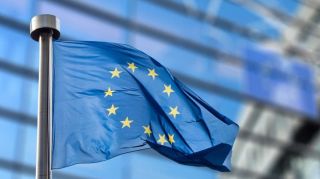 Who we areWhat we doOur organisationOur partnersOur roadmap

Become a memberList of all membersSuccess Stories